Water and sewerage are uniquely sensitive to the impacts of a changing climate. The water industry has been working hard on its response: from mitigating industry’s own carbon emissions, to managing the multi-decadal impact of increased rainfall, to preparing for increased algal blooms in water sources.

More than any other impact, though, we worry about the effects of changed rainfall and heat patterns on drought.

In 2016 we provided the first comprehensive national assessment of how much water we will need in the second half of the century, which has now shaped national and regional water resource plans for balancing long-term supply and demand. These plans are allowing us to develop £14billion of new schemes for storing and moving water around the country, in arrangements that were highly rated by the Climate Change Committee in its most recent assessment.

This year, though, is putting all of our work to the test.

The stakes have never been higher

The European Drought Observatory reports that in the first half of July, almost half of the EU was ‘amber’ for drought, with a ‘red alert’ over 15% of the continent. At home, the Met Office says this July was the driest in England since 1935, following the driest first half-year since the 1970s. Our internal figures for the recent heatwave suggest levels of water demand exceeded all records, increasing by 40% in some areas when temperatures exceeded 40◦ Celsius.

In previous decades, these conditions are likely to have quickly triggered significant and widespread restrictions on the use of water. As recently as thirty years ago, it is possible we would have already seen significant disruption to household supply in some areas.

Indeed, France found it necessary to introduce water restrictions across more than 90% of its territory – with a third of the country seeing restrictive forms of hosepipe and irrigation bans, and local media reporting water tankers bringing supplies into villages. 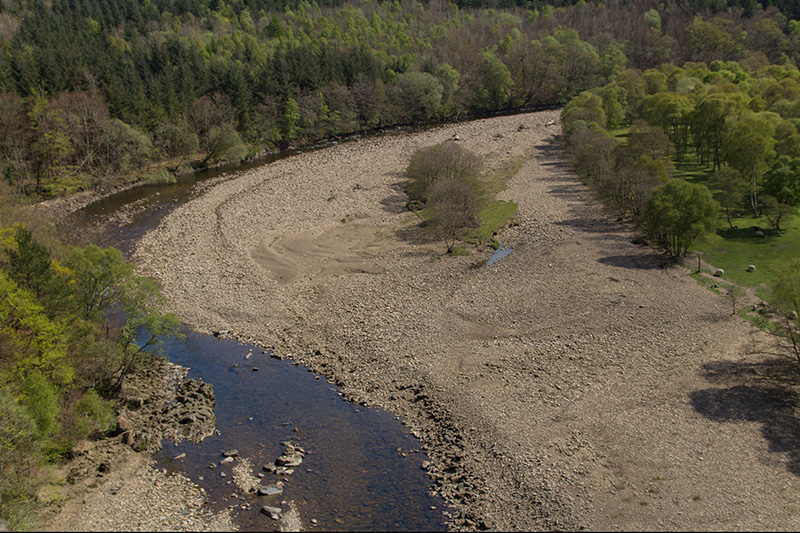 While of a different scale, we too are seeing impacts in some areas – particularly on the environment and agriculture. We have seen the lowest flows of water since records began on stretches of six rivers (the Teign, Taw, Waveney, Soar, Asker and Rother) while crops and other agriculture are clearly also suffering.

Water companies are doing everything they can to help. This has included sending pulses of cold reservoir water into rivers to save the lives of salmon, increasing customer communication to use water wisely where possible, and abstracting water from sources where there is less pressure on other users, like farmers.

However, the announcement of two applications for hosepipe (or ‘temporary use’) bans in parts of Southern England has inevitably triggered questions about what industry is also doing on the other issue it can influence: leakage.

One common criticism is that if temporary use bans save, say, ten percentage of demand – why not just save that amount by fixing leaky pipes? After all, don’t we lose around 3 billion litres of water a day from leaks?

Recent analysis by Ofwat on leakage shows that, after a lot of hard work and investment by companies, England is now seeing amongst the lowest levels of leakage in recorded history. In the last two years alone, leakage has been reduced by more than 10% across the industry.

This progress builds on a reduction in leakage of a third since the 1990s, and puts us on track to halve it by 2050, in line with the National Infrastructure Commission’s recommendations. 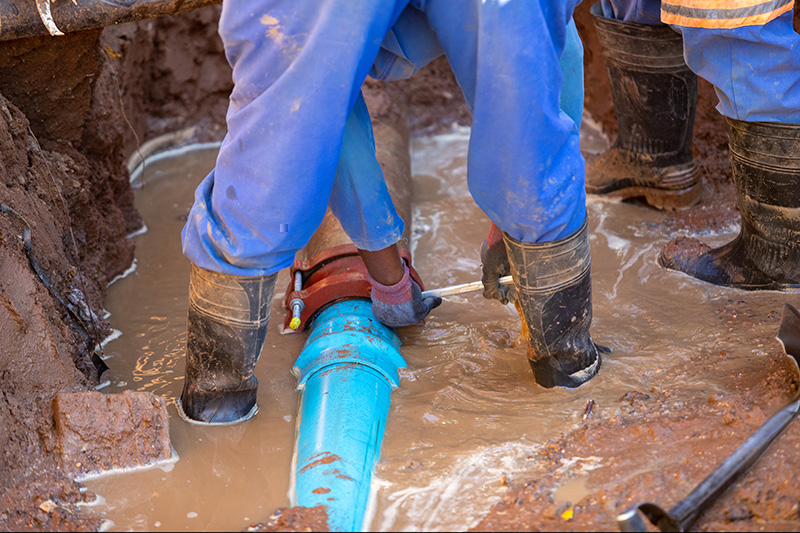 As of today, this leaves performance on leakage in England at about the same or slightly better than France, and much better than Ireland and Italy. UK performance overall is categorised as ‘A’ grade under the (admittedly imperfect) international Infrastructure Leakage Index method, and we would expect our relative international position to continue improving over coming years.

However, it is also true that performance is also behind Germany, which replaced much of its pipework over the last forty years, while a 50% reduction by 2050 also represents a complex feat of re-engineering.

So that raises two questions:

Germany, Japan and some other countries have lower levels of leakage because, decades ago, they decided to adopt a strategy of wholesale replacement of pipes; in Japan’s case this was largely due to the need to make their networks earthquake-proof.

Most countries – including the UK – chose not to do that because it is hugely expensive and would drive up bills. Instead, water companies agreed ‘economic level of leakage’ targets with the regulator, which reflected the replacement cost of producing the water being lost to leaks. That approach has now been abandoned in favour of a more ambitious and environmentally sustainable approach – something we strongly welcome.

However, we also need the regulator and Government to stay with us as we press for the big reductions targeted for mid-century.

A few months ago, Water UK released a Leakage Routemap that sets out the actions needed by industry and others to maintain and accelerate progress. That includes a call for an increase in funding for the maintenance and replacement rates of pipes – a step towards the German approach, while still protecting bills. We also recently released a specific report on the health of our network assets and the need for a new approach, and we are looking forward to working with the regulator on that.

In the meantime, companies have redoubled efforts to tackle leakage as quickly as possible, not least as soil can break pipes as it dries out and moves in hot conditions. That continued action on leakage will remain a huge priority for all of industry, alongside developing the long-term schemes described above, and helping customers be efficient with what they use.