Christine McGourty welcomed attendees and noted that history was being made at COP26 with the first ever dedicated water pavilion. The pavilion came about as the result of collaboration between more than 30 organisations, governments and companies with an interest in water, some of whom were present at the opening to discuss the issues facing the water industry and the climate. Joining Christine on stage to open the Pavilion were: Torgny Holmgren, Executive Director of the Stockholm International Water Institute (SIWI), and Michael Matheson, Cabinet Secretary for net zero, energy and transport.

Minister of Energy & Water Resources for the republic of Tajikstan, Usmonali Usmonzoda welcomed the historical moment at COP and spoke about plans for the UN 2023 Water Conference, to be hosted by Tajikstan and the Netherlands.

Henk Ovink, Special Envoy for International Water Affairs, Government of the Netherlands echoed these sentiments, stressing that “water needs your action and your investment. We own it collectively and so we must manage it collectively.”

In his keynote Lord Deben, Chairman of the Climate Change Committee, brought home the severity and urgency prioritising water in the climate crisis. “Without water, the whole world is destroyed and we with it.” 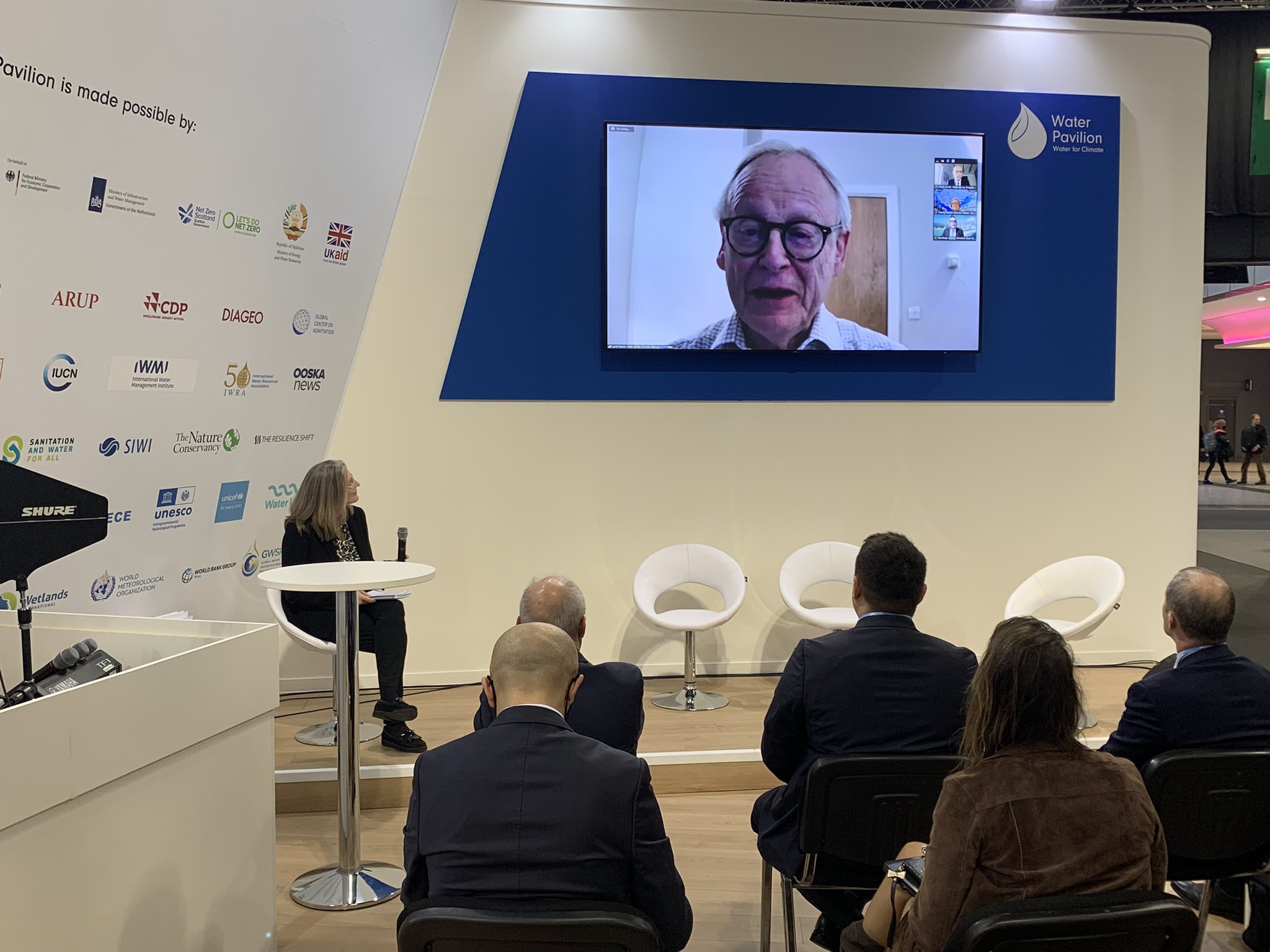 The event then moved on to discuss the role of water in reaching net zero and heard from water providers all over the world about plans to reduce their carbon emissions.

Tracy Slatter, Barwon Water (Victoria, Australia) referenced the Victorian Government’s commitment to halving emissions by 2030. She added that Barwon Water have pledged to use 100% renewal energy by 2025, by putting large solar farms in place, and capturing methane from waste treatment to create renewable energy. 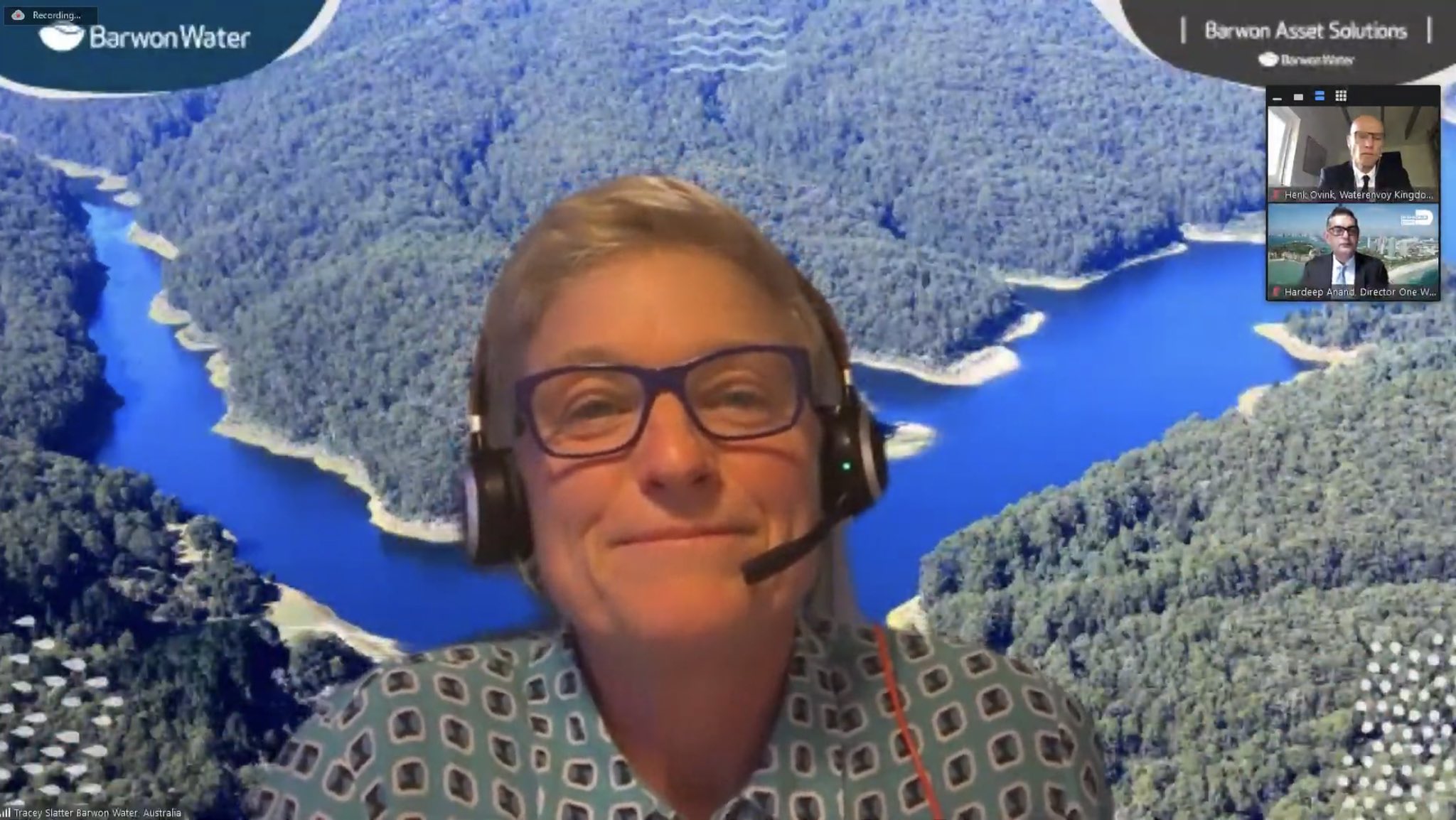 Peter Simpson, CEO of Anglian Water mentioned carbon-reducing projects that Anglian Water are working on such as Triple Carbon Reduction, which unites companies and universities in trying to create green hydrogen from sewage and using oxygen to reduce process emissions.

Hardeep Anand, Director of One Water Strategy, Miami Dade County explained that Miami County is ground zero for water stress issues and hurricanes and discussed the ‘One Water’ strategy at Miami Dade, to half emissions by 2030.

Water UK’s Director of Programmes Sam Larsen spoke about the net zero target being very achievable and explained the routes to get there, through the transition towards low carbon energy and the need for policies to be put in place around process emissions, which is a bigger problem to tackle.

Then, a panel discussion followed, with questions posed by Christine about the challenges facing the water industry and the solutions needed to achieve our net zero goals together. 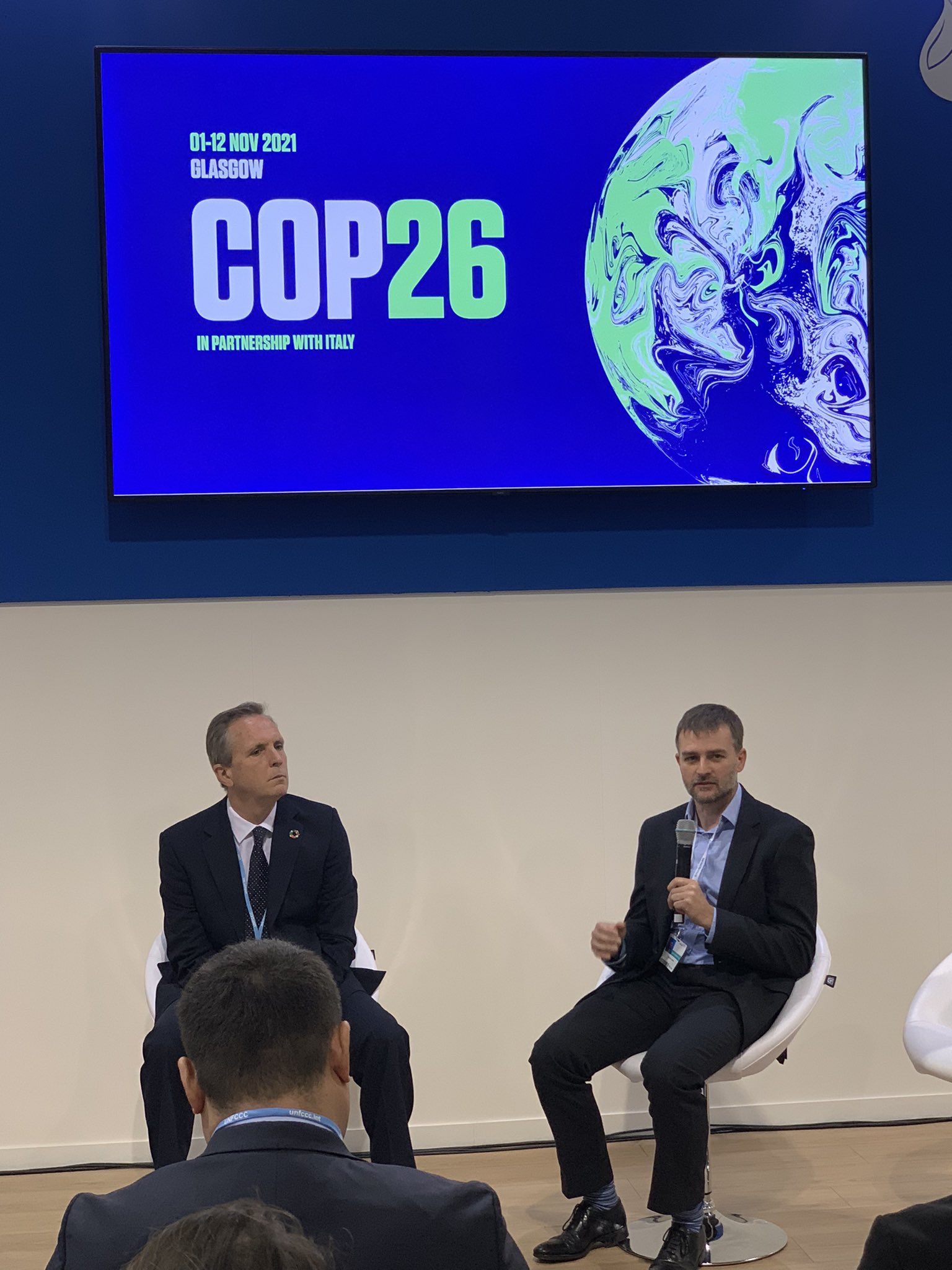 Christine closed the event and stressed the need for discussions this week to move the momentum from talk to action.

Keep an eye on our website and social media to see what else we’re up to this week at COP26. Find out more about the Race to Zero.

Sector unites on Race to Zero