This summer has been unique. The impacts of the COVID-19 outbreak have been felt across the country, and in every aspect of our lives, making this a summer like no other.

In one respect though it has been a typical British summer – the weather. The one rule for a British summer is to expect the unexpected and we’ve certainly seen the full panoply over the last few months. From record breaking temperatures to storms and flash-flooding.

The exceptional circumstance we’ve seen in recent months, with record number of people at home and a rise in the number of ‘staycations’ has put exceptional pressure on our water supplies. The bouts of hot weather have exacerbated this, and it was against this backdrop, earlier in the summer, that we launched the Water’s Worth Saving Campaign with water efficiency experts Waterwise.

As part of the campaign, and to try and learn a little more about consumer attitudes to water, we recently commissioned some consumer polling. The results were fascinating and threw up a whole host of questions about the nation’s relationship with water.

The polling showed that as a nation we essentially have no idea how much water we use. It revealed that 46% of adults believe their household uses under 20 litres a day. This figure might seem reasonable until you realise that the average shower uses roughly 10 litres every minute. In fact, in the UK we use roughly 142 litres per person per day, more than most other European Countries. (Germany for example uses around 121 litres per person per day).

On the plus side the polling showed a willingness among the public to save water with the majority (68%) prepared to reduce the amount of water they use at home to help protect the environment. And many are already taking steps, with 63% saying they always turn the tap off when they brush their teeth.

The survey shows clearly the importance of raising awareness amongst the public of their water use and the importance of reducing waste whenever we can. This is what the Water’s Worth Saving campaign aims to do by offering simple hints and tips to help everyone cut the amount of water they use. 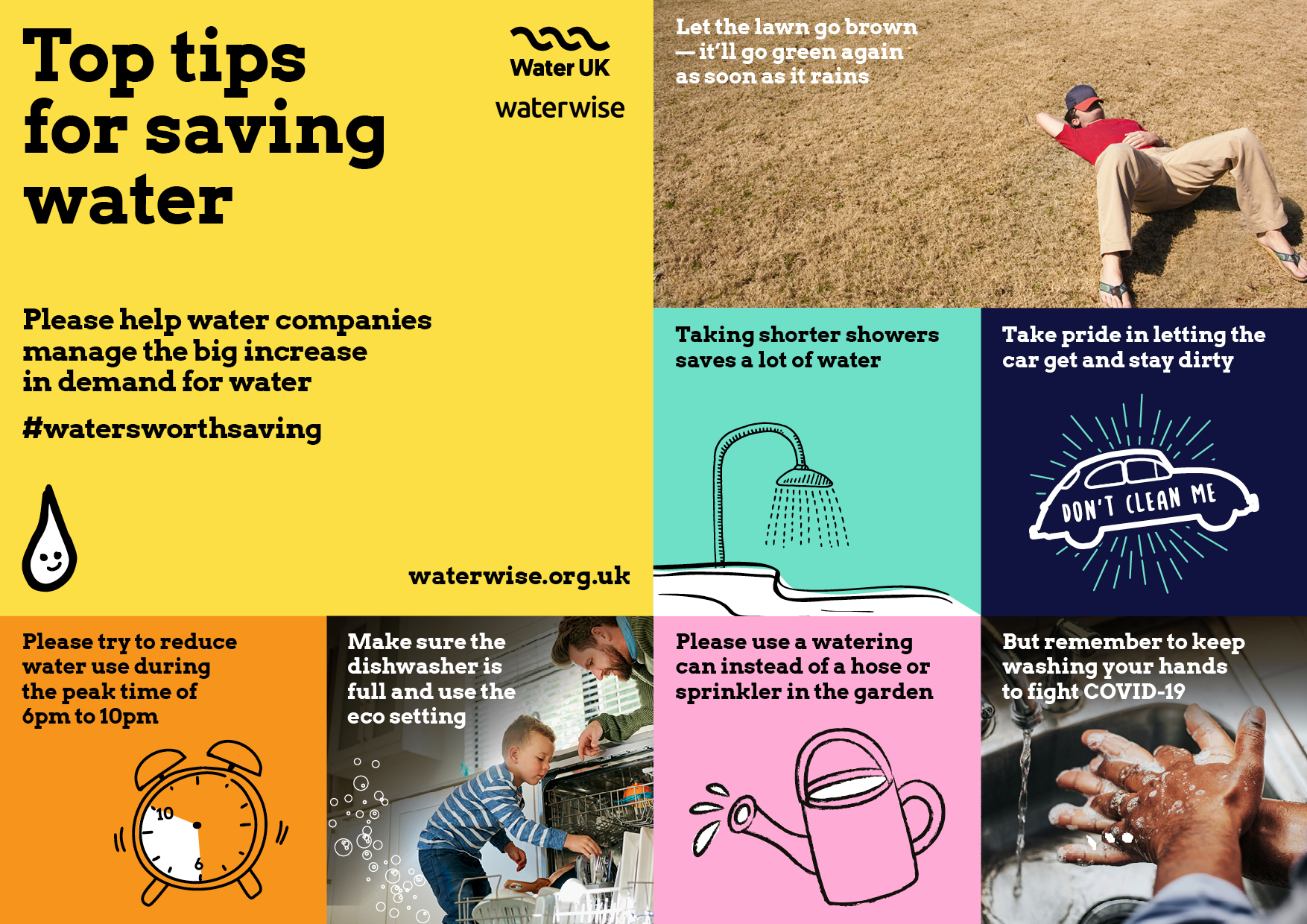 These could be small changes like using a watering can rather than a hose to give our garden a drink or reducing the amount of time we spend in the shower. It all makes a difference and helps to preserve what is a precious, finite resource upon which we all rely.

Water companies are playing their part as well and are working hard to tackle leakage from pipes and have cut it by 7% this year to the lowest level on record. They also have plans to reduce it by 50% by 2050.

It might feel odd to be talking about saving water during a cool, damp August bank holiday Monday but the truth is there is no right or wrong time to save water. Whenever and wherever you make a change it will make a difference.